The suspect, Noah Ellis (b/m, 26), is charged with tampering with evidence in the 185th State District Court. A booking photo of Ellis is attached to this news release.

The victim, David Luque, 32, was transported to an area hospital in stable condition.

Officers responded to a report of a stabbing at the above address and found Mr. Luque with a stab wound to the back. His husband, Ellis, was by his side when officers arrived. Luque was transported to the hospital to treat his injury.

A witness stated Ellis left the scene with evidence and returned a short time later without the evidence. Luque told investigators he was stabbed by an unknown suspect.

Ellis was arrested for an outstanding warrant and subsequently charged with tampering with evidence in this case. The investigation into the stabbing remains ongoing.

Anyone with additional information in this case is urged to contact the HPD Major Assaults & Family Violence Division at 713-308-8800. 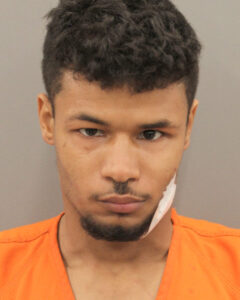