Charges have been filed against a suspect arrested in the stabbing of a woman at 9109 Fondren Road about 1:50 a.m. Tuesday (July 12).

The suspect, Leonardo Jose Acosta Perez, 32, is charged with aggravated assault of a family member in the 337th State District Court. A booking photo of Acosta Perez is attached to this news release.

The victim, 36, was transported to an area hospital and later released.

HPD patrol officers responded to an assault in-progress call and were advised that Acosta Perez arrived at the victim’s apartment at the above address and demanded to see his infant son. The victim (the child’s mother) asked the suspect to leave multiple times, but he refused and entered the apartment. Acosta Perez claimed he had a gift for his son, pulled out a knife, and then stabbed the victim multiple times.

The victim’s brother-in-law told officers he arrived at the apartment and saw the suspect strangling her. He struck Acosta Perez with a baseball bat and held him until officers arrived. Paramedics transported Acosta Perez to Memorial Hermann-Texas Medical Center, where he remains hospitalized.  He was subsequently charged and will be transported to jail after his release from the hospital. 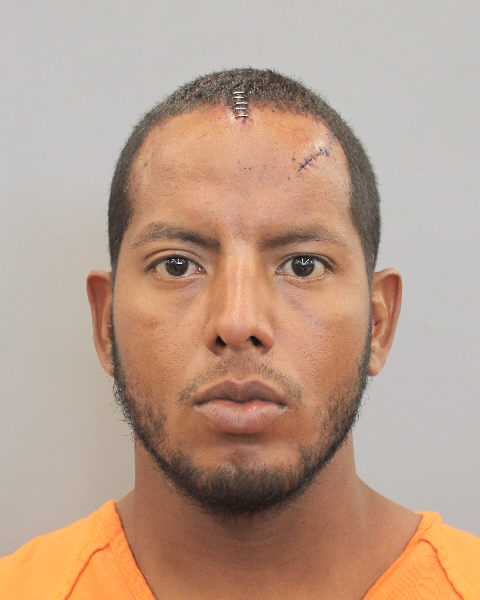