Houston police have arrested a suspect charged in the assault of a man that occurred at 480 West Parker Road about 5:45 a.m. on Saturday (Feb. 8).

The suspect, Zachary Javian Griffin, 29, is charged with aggravated assault of a family member in the 338th State District Court. A booking photo of Griffin is attached to this release.

The victim, BJ Jackson, Jr., suffered multiple stab wounds and was transported to an area hospital.

HPD Major Assaults & Family Violence Division Investigator A. Shaikh reported:
Griffin went to Mr. Jackson’s apartment complex at the above address and slashed the tires of Jackson’s vehicle’s and put sugar into his gas tank. Griffin, armed with a pocket knife that had been inside Jackson’s vehicle, then approached Jackson with the knife raised. Jackson, in fear of his life, punched Griffin and the two began fighting. During the struggle, Griffin stabbed Jackson multiple times. When Jackson saw he was bleeding, he stopped fighting and Griffin fled the scene. Jackson was transported to an area hospital where he was treated and released for multiple wounds to his hands, face and upper body. Officers located Griffin and arrested him without incident. 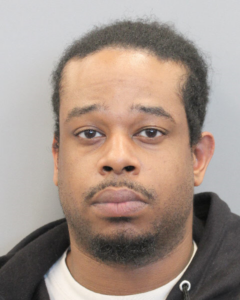