Charges have been filed against a suspect arrested in the stabbing of a man at 13502 Northborough Drive about 9:25 a.m. on Wednesday (June 9).

The suspect, Edgar Ismael Gomez-Lara (H/m, 27), is charged with aggravated assault with a deadly weapon in the 174th State District Court.  A booking photo of Gomez-Lara is attached to this news release.

The victim, 24, was transported to an area hospital in critical condition.

Officers responded to a stabbing call at the above address and found the victim with multiple stab wounds.  Paramedics transported the victim to an area hospital.

A witness reported seeing a Hispanic male suspect flee the scene before officers arrived.  As other officers responded to look for the suspect, the male (Gomez-Lara) was spotted by a patrol officer entering a vehicle just a few blocks away.  Officers conducted a traffic stop and detained the suspect without incident.  After speaking with witnesses and the suspect, it was determined a verbal argument led to the suspect stabbing the victim with a knife multiple times.  Gomez-Lara was subsequently arrested and charged in the incident. 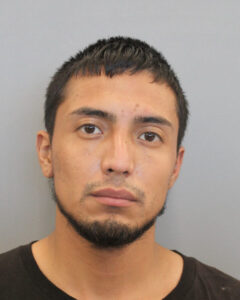