Charges have been filed against a suspect arrested in the death of a baby girl at a hospital at 1635 North Loop West about 4:20 a.m. on January 30.

The suspect, Adrian Lizcano (H/m, 21), is charged with murder in the 232nd State District Court for his role in the death of his daughter, 15 days old.  A booking photo of Lizcano is attached to this news release.

Officers were dispatched to Memorial Hermann Greater Heights Hospital at the above address regarding a deceased baby.  Hospital staff discovered the infant had several injuries, including bleeding to the brain and skull fractures described as being non-accidental.

On Wednesday (May 15), the baby’s father, Lizcano, was charged with murder.  He was arrested today (May 16) without incident. 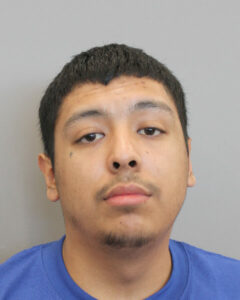