Charges have been filed against a suspect arrested in the fatal stabbing of a man at 6161 Gulf Freeway (South Interstate Highway 45) service road about 11:25 a.m. on Thursday (March 21).

The suspect, Jasper Ethan Linbrugger b(/m, 23), is charged with murder in the 337th State District Court.  A booking photo of Linbrugger is attached to this news release.

The identity of the victim is pending verification by the Harris County Institute of Forensic Sciences.

HPD patrol officers responded to a stabbing call at a motel at the above address and found the victim had been stabbed multiple times.  A witness at the motel saw the victim and another male (Linbrugger) arguing and then Linbrugger stabbing the victim.  Linbrugger fled the scene, but was taken into custody a short time later by responding patrol officers. 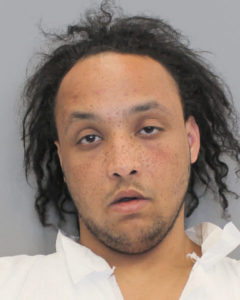