Charges have been filed against a suspect arrested in the fatal shooting of a man at 7526 Martin Luther King Boulevard about 11:50 p.m. on Sunday (February 9).

The suspect, Malcolm Isiah Posey (b/m, 21), is charged with capital murder, aggravated kidnapping and aggravated robbery with a deadly weapon in the 230th State District Court.  A booking photo of Posey is attached to this news release.

The victim was pronounced dead at the scene.  His identity is pending verification by the Harris County Institute of Forensic Sciences.

Posey forced his way into an apartment at the above address where he shot the victim and took his car keys before forcibly taking his (Posey’s) ex-girlfriend from the apartment.  Posey fled the scene with his ex-girlfriend in the stolen vehicle.  Paramedics pronounced the victim deceased at the scene.

Approximately one hour later, HPD Southeast Patrol Division officers located Posey with the female victim in the 12700 block of Fuqua Street and arrested him without incident.  The female was not injured. 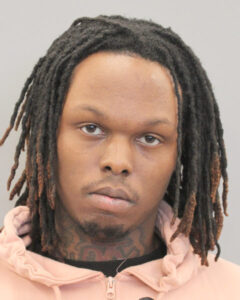