Charges have been filed against a suspect arrested in the fatal shooting of a juvenile male at 7334 Lindencrest Street #9 just after midnight on Tuesday (January 28).

The suspect, Damien Lance Desvignes (b/m, 38), is charged with murder and aggravated assault of a family member in the 182nd State District Court.  A booking photo of Desvignes is attached to this news release.

The victim, 15, was pronounced dead at the scene.  His identification is pending verification by the Harris County Institute of Forensic Sciences.

HPD patrol officers and Houston Fire Department paramedics responded to an assault in-progress call at the above address.  Upon arrival, they found the suspect, Desvignes, outside his apartment armed with a firearm.  They also found the victim lying nearby with a gunshot wound.

Desvignes told detectives he and the victim were friends, however, he believed the victim had stolen money and other items from his vehicle.  Desvignes stated he was not going to be used anymore, pulled a gun from his pocket and shot the victim in the head.  Desvignes also told detectives that, after the shooting, he pointed the weapon at his wife and pulled the trigger, however the gun was no longer loaded.

Desvignes was arrested and subsequently charged in this case. 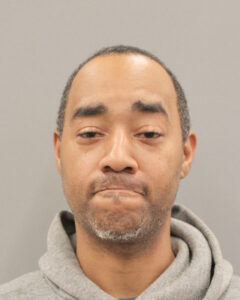