Charges have been filed against a suspect arrested in a fatal crash at 500 North Loop West (North Interstate Highway  610 West) about 1:10 a.m. today (January 21).

The suspect, Diawannah Corteasher Thomas (b/f, 54), is charged with aggravated assault of a police officer and murder in the 208th State District Court.  She is also charged with driving while intoxicated in Harris County Criminal Court #7  A booking photo of Thomas is attached to this news release.

The identity of the deceased male suspect, 40, is pending verification by the Harris County Institute of Forensic Sciences.

HPD North Patrol Division officers responded to a burglary-in-progress call and saw the suspect vehicle, a white Ford E-450 truck driven by Thomas, and initiated a vehicle pursuit.  One of the suspects, a male, exited the vehicle and was taken into custody.  A second male suspect attempted to exit the vehicle, however, the vehicle was moving at a high rate of speed and he only managed to hold on to the vehicle.

The suspect vehicle continued to evade police westbound on the North Loop West service road.  As the vehicle approached the intersection of North Main, the male suspect lost his grip, fell from the truck and was struck by the vehicle.  Thomas continued to evade police and intentionally struck an HPD two-man patrol vehicle in the 4800 block of Oak Forest.  Neither officer was injured in that crash.  The pursuit ended at the intersection of North Shepherd and Parker Road.  Thomas was taken into custody without further incident.  She was determined to be under the influence of an unknown substance and was subsequently charged for her role in the crash. 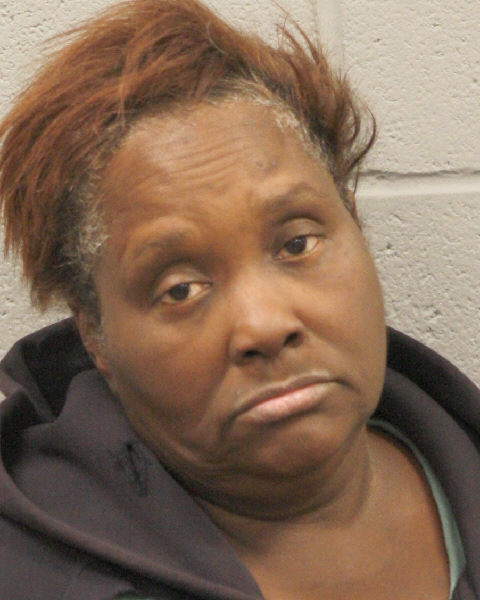