Charges have been filed against a suspect arrested in the assault of a Houston police officer at 8300 Mykawa Road about 7:20 p.m. on Sunday (November 21).

The injured HPD officer was transported to an area hospital in stable condition.  She was treated and released from the hospital on Monday (Nov. 22).

A woman had a child custody issue with Pacheco Rivera, who is the father of the child.  The couple got into an altercation in the parking lot of a grocery store at 5600 Mykawa Road, where Pacheco Rivera struck the woman’s car several times with his vehicle while the child, a one-year-old boy, was inside the vehicle with him.  The woman called 9-1-1 and fled to the HPD Southeast Police Station at 8300 Mykawa Road.  Pacheco Rivera followed the woman in his vehicle.

Officers located the suspect and conducted a traffic stop in the 8700 block of Telephone Road, where he was taken into custody without further incident. Pacheco Rivera was subsequently charged for his role in the incident. 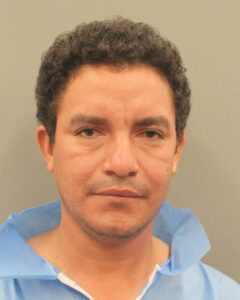