Charges have been filed against a former Houston Police Department captain involving an aggravated assault with a deadly weapon incident that occurred on October 19.

Mark A. Aguirre (H/m, 63), is charged with aggravated assault with a deadly weapon in the 208th State District Court.  A booking photo of Aguirre is attached to this news release.  Aguirre was indefinitely suspended from HPD in January 2003.

About 5:30 a.m. on October 19, an HPD patrol officer responding to an unrelated call observed a crash in the 1300 block of Almeda Genoa.  The officer then saw a man, later identified as Aguirre, detaining another man at gunpoint lying face down on the ground in the median.  The officer called for a backup unit.  As the officer approached Aguirre, he observed the box truck involved in the crash being driven away from the scene.

Officers approached Aguirre, who identified himself as a retired HPD captain, and demanded officers take the male on the ground into custody.  Aguirre stated he was part of a security group conducting surveillance on a group of individuals reportedly involved in election fraud.  Aguirre stated he had followed the suspect from the suspect’s residence as he transported illegal ballots in a box truck.  Aguirre stated he accidentally struck the box truck with his vehicle.

A lengthy investigation by HPD determined allegations of election fraud were unfounded and no evidence of illegal ballots was found.  The case was then referred to the Harris County District Attorney’s Office for review, and Aguirre was subsequently charged.  On Tuesday (December 15), members of the HPD Major Offenders Division arrested Aguirre in Bellaire, Texas. 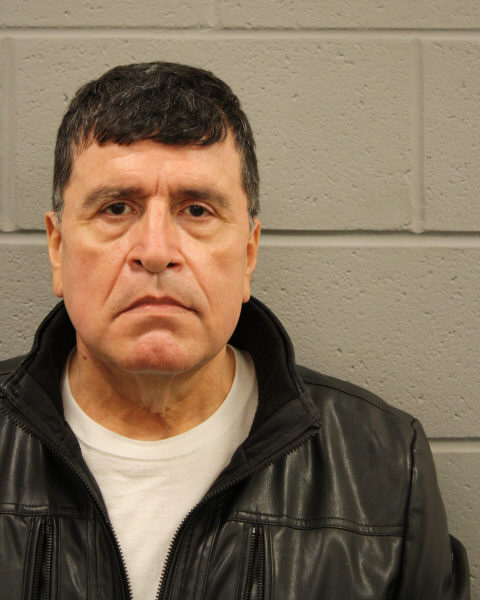