Charges have been filed against a suspect arrested in the fatal shooting of a man at 7810 Hammerly Boulevard about 1 a.m. on Saturday (Oct. 31).

The suspect, Angelita Trevino (H/f, 18), is charged with murder in the 339th State District Court for her role in the killing of Sergio Mejia, 29.  A booking photo of Trevino is attached to this news release.

Officers learned a shooting occurred following an altercation outside the sports bar at the above address.  Mr. Mejia was struck one time in the chest and then transported to a hospital where he was later pronounced deceased.  The suspect, described as a Hispanic female, fled the scene on foot.

Further investigation identified Trevino as the suspect in the shooting and she was arrested on Sunday afternoon (Nov. 1) without incident. 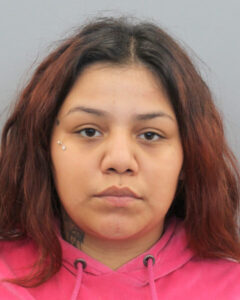